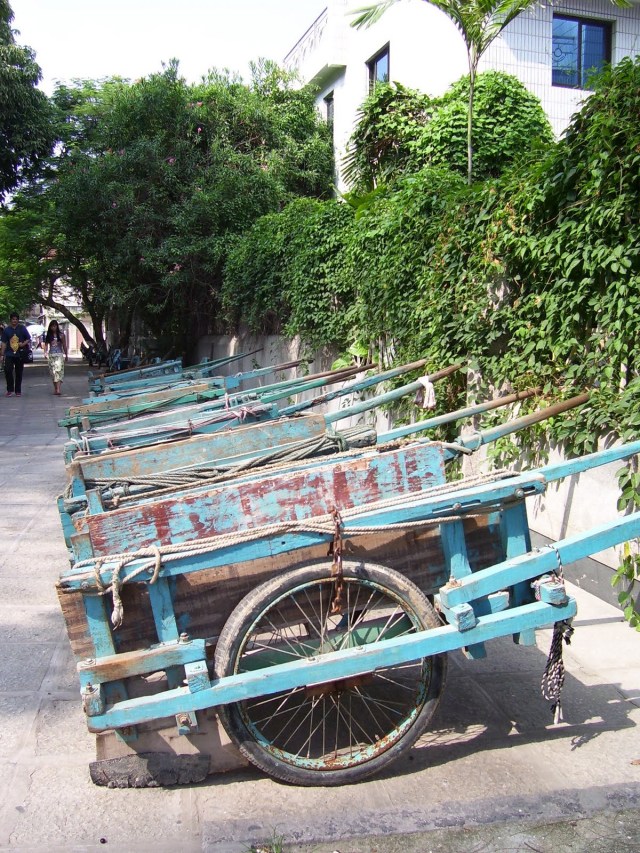 Gulangyu (Piano Island) lies off the eastern seaboard of China approximately 300 KM from Taiwan. It is a quiet place because no cars are allowed on the island. The nickname Piano Island reflects its shape and a nod to the famous music academy located on the island.  Gulangyu Island, though a short ferry ride away, is considered part of Xiamen, an urban center of 2 million. Students at the music school practice all day and in that vicinity you can hear their scales, harmonies and rare screeches. 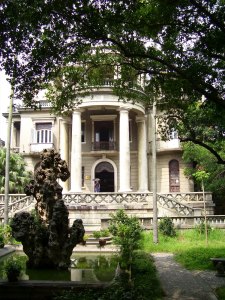 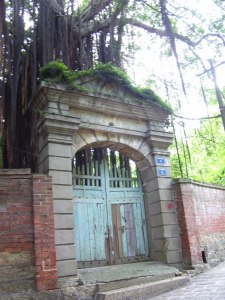 Entry gate to an abandoned estate in a formerly elegant neighborhood on Gulangyu. ©2007 L. Peat O’Neil 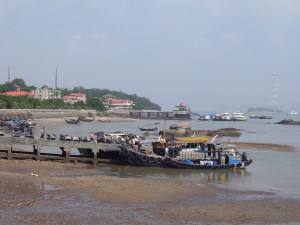 On the beach when the tide was out I found pottery bits and sea glass. Paths along the waterfront are outfitted with speakers for recorded music of a better quality than Muzak. 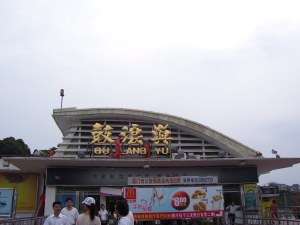 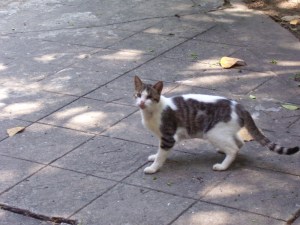 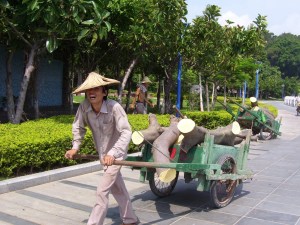 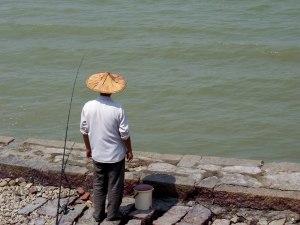 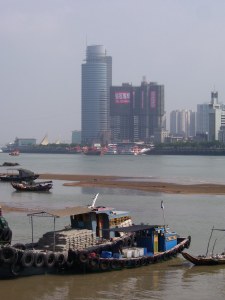 Gulangyu’s main attraction would be the amazing mansions built by wealthy Colonial and Chinese merchants during the late 19th and early 20th centuries. Gulangyu has always attracted smugglers and drug dealers. Many of the mansions are being snapped up and renovated by China’s new bourgeoisie class.

Former U.S. and British consulates dating back to the mid-19th c. are now hotels or repurposed for civic benefit. The Spanish consulate next to the Catholic Church was converted to a communal home for senior citizens. 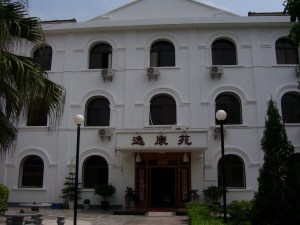 Dedicated reader, writer, and traveler. Book reviewer https://WorldReader.wordpress.com France Travel https://FranceFootsteps.com Adventures in writing https://AdventureTravelWriter.org Pyrenees Pilgrimage is about walking across France alone through the Pyrenees Mountains. It is available in Kindle or print-on-demand. http://www.amazon.com/Pyrenees-Pilgrimage-Walking-Across-France/dp/1439267898
View all posts by patwa →
This entry was posted in Budget Travel, History, Hot Climates, Travel and tagged architecture, China, pedestrian-only, Xiamen. Bookmark the permalink.

This site uses Akismet to reduce spam. Learn how your comment data is processed.